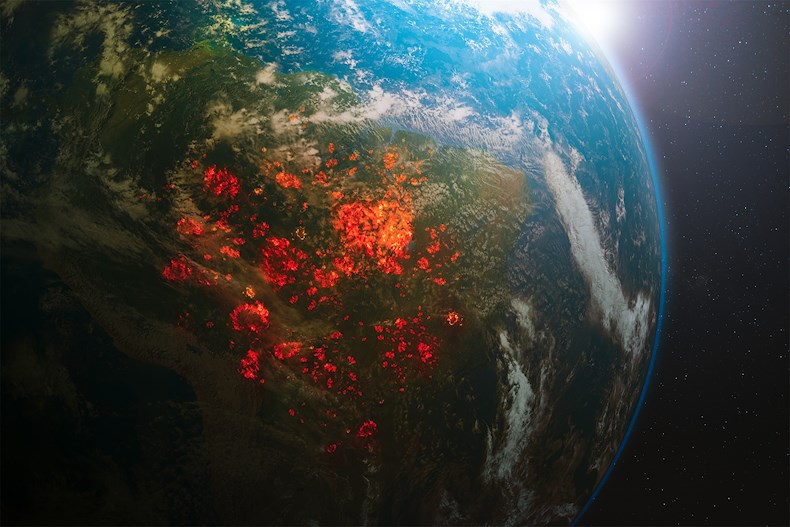 I never liked History very much. I always loved to write, and history exams would always require a lot of writing, but I didn't love History classes, mostly because I found some of the concepts pretty complex and hard to grasp. Each semester, when exams were around the corner, I would dread having to write about those concepts, without having a clue what I was saying. I was like a robot, memorising concepts and vomiting pre-retained convoluted phrases on paper. Looking back, I was probably too young and immature to understand half of what I was supposed to be learning, and as a result I needed to memorise concepts without understanding them so I would pass my exams.

Depending on the subjects, I would sometimes take interest in a particular period because it sparked my curiosity, but if I was asked to memorise a bunch of complicated concepts...you'd lose me at the word study.

But even though I never really love History (life has funny ways to mess with you), I will never forget my high-school History teacher. She was brilliant, enthusiastic, passionate about History, and she passed on that energy to everyone in the room. Unfortunately, enthusiasm isn't everything and while I often found her hilarious and so engaging with all the students, I also often felt lost and unable to understand reasons and motivations behinds wars, political decisions, etc. It's funny how despite all of my struggles with studying and understanding concepts, my History teacher once said something I will never forget. She said that people's mentality is what takes the longest to change throughout time - throughout History. And I never really understood what she meant by that. Then again, I never thought this analogy could be applied (well, not realistically, at least) to the world we live in today. Fast-forward 10 years and here I am thinking about those exact words while I read yet another heartbreaking news-piece about Australia's fires.

If there wasn't enough proof that mentalities take the longest to change, all you have to do is look at the world we live in. Starting with the Amazon fires, and now Australia...and yet some people still portray this scepticism towards global warming altogether, claiming that Antarctica is gaining ice rather than losing it, or that the planet is cooling and not warming. From the ones who claim we are going into a new Ice Age to those who believe there's no urgency in this matter, there's no denying that people believe what they want to believe. And while there's also news and articles that claim the opposite theories, when you look around you and at the actual evidence, there isn't much proof to sustain these last claims. Instead, we are having bigger storms around the world, and more extreme weather conditions.

However, and unlike most people think, global warming doesn't necessarily just mean that the planet is warming; just like cold weather doesn't mean that climate change is fake! It means instead, that we will have a future of extreme weather conditions. It doesn't matter if it's manifested through storms, heavy rainfall, drought, extreme heat or extreme cold. All of these, if abnormally registered for the season they take place in, combined with other factors ARE global warming!

Australia is on fire. These fires have burned more than twice as much land as the Amazon blazes. Hundreds of thousands of people have been forced to evacuate. Australia has become an inferno. Literally! These fires are the result of a heat wave and drought. Unlike the Amazon fires, that were deliberately set by ranchers to clear land for farming, Australia's fires are the result of climate change and started due to natural causes. Whatever the reason, it is cause for concern: It's one billion (B-I-L-L-I-O-N) animals killed; it's the extinction of species; it's dead animals along the roadsides...The bush fires are a climate change-fuelled ecological disaster...and we should not look away.

The urgency of action to reduce greenhouse emissions is more necessary than ever. Otherwise, this will just be the beginning. My heart breaks every time I see photos of all the dying animals who were victims of this likely tragedy: those poor burnt koalas, kangaroos and every single other species who have suffered or are still suffering due to this tragedy. Some have been 'lucky' enough to be saved. But while we continue to kill their habitat as a norm, I can't help but feel ashamed for how much we're failing these innocent creatures with our greed. Don't get me wrong, I obviously feel for all the families that have lost their homes, and for the general population of Australia too. I can't imagine all the suffering and horrible situation that the population of Australia must be in at the moment...not to mention the fear.

I understand, now more than ever, what my History teacher meant to say about mentalities. It takes time for people to acknowledge that what they're doing is harming the planet. And despite the evidence, I understand why, by simply looking at History. But sometimes, it feels like it's taking an eternity!

I pray it all ends soon. But the question that remains in my head is when? Not when will it all end, but when will we LEARN?... (Maybe not before we burn ourselves extinct, along with every other specie on the planet).

It's devastating what Australia is going through.